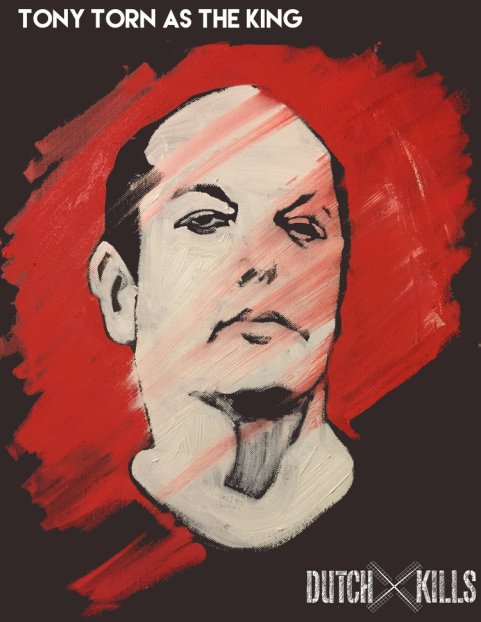 Ben: Tony Torn and Will Dagger are performing the show (my first full-length play) as an Ars Nova Fling, with Dutch Kills producing. Ars Nova’s an ideal space for the production, not only because it’s an intimate and flexible space, but because it draws energy and resonance from the dozens of hyper-inventive premieres that have passed through it. I’m thrilled to be there.

Ben: I’ll be appearing opposite two-time Tony-winner Christian Borle in a reading of Brecht’s RESISTIBLE RISE OF ARTURO UI and in The Assembly’s critically acclaimed HOME/SICK, a play I co-wrote and perform in that chronicles the rise and fall of a group of would-be American revolutionaries in the 1960s.

Ben: I’ve been thinking a lot about DON QUIXOTE lately, especially in the wake of the election and in the midst of a new administration apparently determined to forcefully divorce themselves and their supporters from demonstrable realities.

Tony’s Twitter: @tonytorn
Tony Torn is an actor and director known for his extensive work with Reza Abdoh and Richard Foreman, and for being a founding director of Reverend Billy and The Church of Stop Shopping. He recently played the title role in Ubu Sings Ubu, a rock opera adaptation of Alfred Jarry’s Ubu Roi which he created and co-directed with Dan Safer of Witness Relocation. He can currently be seen in Ben Beckley’s Latter Days at Ars Nova. He manages Torn Page, a salon space and classroom in Chelsea which is dedicated to the artistic legacy of his parents, Rip Torn and Geraldine Page.
As a writer, Ben has premiered work with The Assembly, F*It Club, and Blue Box Productions. As an actor, he appeared in Dying For It with Atlantic Theater Company and in the first national Broadway tour of Peter and the Starcatcher. Other credits include Berkshire Theatre Group, TACT, New Georges, Human Head, Joe’s Pub, Temporary Distortion (four international tours) and The Flea, where he premiered work with Adam Rapp and Christopher Durang. As a member of The Assembly, he has co-created five original productions. His on-screen credits include The Onion, The Jew of Malta, and The Revolution. Upcoming: The Assembly’s HOME/SICK at JACK.