THE TANK
IN ASSOCIATION WITH
KAIROS ITALY THEATER
PRESENTS
BUTTERFLIES 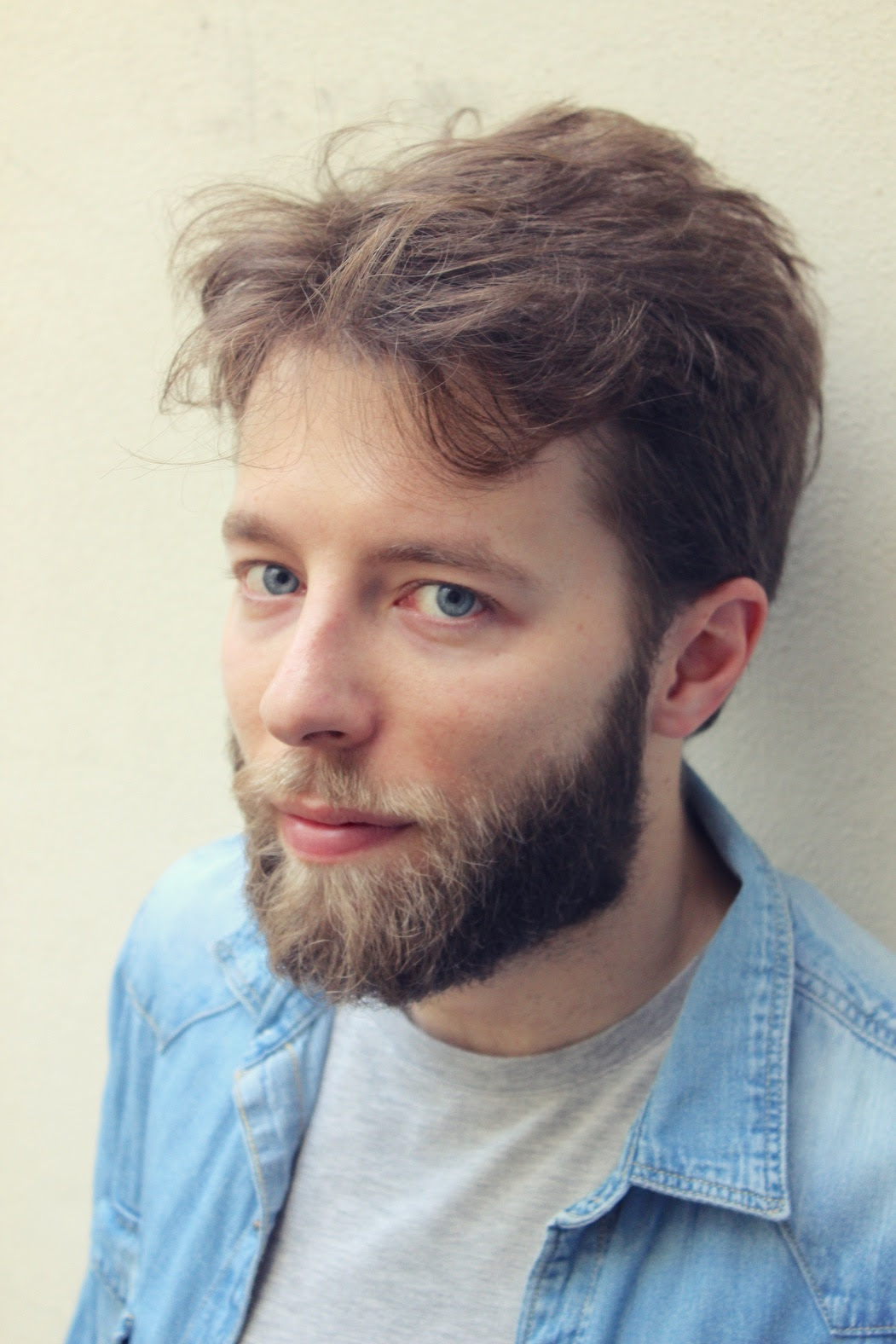 Playwright Emanuele Aldrovandi
WRITTEN BY EMANUELE ALDROVANDI
TRANSLATED BY CARLOTTA BRENTAN
DIRECTED BY JAY STERN
UNITED STATES PREMIERE
PRESS PREVIEWS MAY 29 & 30
OPENING MAY 31
MAY 29 – JUNE 8 @ THE TANK
The Tank (Meghan Finn and Rosalind Grush, Artistic Directors) in association with Kairos Italy Theater will present the United States Premiere of Butterflies by Emanuele Aldrovandi in a translation by Carlotta Brentan, directed by Jay Stern at The Tank (312 West 36th Street between 8th and 9th Avenues), May 29-June 8. Performances will be on Wednesday, May 29 at 7pm, Thursday, May 30 at 7pm, Friday, May 31 at 7pm, Saturday, June 1 at 7pm, Wednesday, June 5 at 7pm, Thursday, June 6 at 7pm, Friday, June 7 at 7pm, and Saturday, June 8 at 7pm Tickets ($20) are available for advance purchase at www.thetanknyc.org. The performance will run approximately 90 minutes, with no intermission.
Butterflies is the story of two sisters whose favorite pastime is a dangerous game: whoever holds the butterfly hairpin can ask the other one to do anything she wants. A fantastical and uncompromising tale of personal growth among sisterly love and sisterly rivalry in which self-discovery is not always accompanied by greater understanding of the other person.
Butterflies won the esteemed Mario Fratti Award at the In Scena! Italian Theater Festival NY in 2016.
The cast will include Danielle Sacks (Letters to Sala with The Barrow Group) and Annie Watkins (The Worth of Women at Access Theater) with Lighting Design by Ali Hall (Iceman Cometh, Act IV with Target Margin) and Set Design by Sarah Edkins (The Shooter at TheaterLab).
Emanuele Aldrovandi (Playwright) is a playwright, screenwriter, translator and director. After a bachelor degree in Philosophy and a master degree in Literature, from 2009 to 2012 he studied playwriting at the Paolo Grassi Academy of Dramatic Arts in Milan, Italy. In 2013, with Homicide House, he won the most important Italian playwriting award, the Riccione/Tondelli, and his plays started to be staged in many theatres all over the country and abroad. In Italy he also won the Pirandello National Award with Happiness, the Fersen Award with The General, the Hystrio Award and the Mario Fratti Award with Butterflies. He has written plays, adaptations and translations for some of the most important Italian and European theatres, he has translated into Italian plays such as Trainspotting and The Curious Incident of the Dog in the Night-Time. He has been invited to many international festivals and he has created and developed site-specific theatre projects and multimedia museum exhibitions. He was one of the European playwrights selected by Fabulamundi Playwriting Europe, the main exchange playwriting program in Europe, and his plays have been translated, performed and published in English, German, French, Spanish, Polish, Slovenian and Catalan. In 2018 he started to work also as a screenwriter and movie director, writing and directing his first two short movies.  He’s a playwriting teacher in one of the most important Italian theatre school, the Paolo Grassi Academy of Dramatic Arts, and he’s leading many writing workshops in Italy and abroad.
Carlotta Brentan (Translator) is a theater artist, translator and voiceover artist. The Journey I Never Made by Paolo Bignami (Cherry Lane Theatre, dir. Laura Caparrotti), Clover by Erik Ehn (La MaMa, dir. Glory Kadigan), Lured by Frank J. Avella (also co-directed, Theater for the New City and OnStage! Festival of American Theater in Rome, Italy). Official translator of In Scena! Italian Theater Festival’s Mario Fratti Award for Italian Playwriting since 2014. Carlotta’s translations of full-length plays by Italy’s foremost award-winning playwrights – including Emanuele Aldrovandi, Mario Fratti, Luca de Bei – have been published and produced internationally. Carlotta is a member of KIT – Kairos Italy Theater, and can be heard voicing over a hundred videos, national commercials and audiobooks in English and Italian. www.carlottabrentan.com
Jay Stern (Director) Recent theater work includes the world premieres of The Worth of Women, which he also adapted (Kairos Italy Theater, NYC), 20th Century Photograph, created with director Veronica Wigg (Access Theater, NYC), Alien Attack! created with director Chang Nai Wen (Teatro Due, Rome), Hell is for Real (New York International Fringe Festival) and The Bardy Bunch: the War of the Families Partridge and Brady (New York International Fringe Festival and Theatre at St. Clements in NYC, Mercury Theater in Chicago). Jay has also directed four feature films. His most recent, Say My Name, will open in the US this summer. Jay is a member of the Lincoln Center Directors Lab and a founder of the World Wide Lab, an international festival of director-driven work developed at the Watermill Center, which had its inaugural presentation in New York City in the summer of 2012. Jay was co-artistic director of the 2015 lab on the island of Syros in Greece.
Kairos Italy Theater (KIT) Founded in 2000 KIT’s mission is to create a cultural exchange program between Italy, the US and the international community, to unveil the artistic and creative sides of each country, with special focus on Italy and the US. In the United States, Kairos Italy Theater is primarily dedicated to spreading Italian Culture and to creating a Cultural Network in order to support and further increase the knowledge of Italian and International culture, and to support and encourage collaboration between artists world-wide. KIT specializes in bringing premieres to the US stage. Thanks to Kairos Italy Theater never-before-translated works by Ennio Flaiano, Franca Valeri, Eduardo De Filippo, and Pier Paolo Pasolini have been presented to US audiences. In May of 2003, KIT inaugurated the Double Theatre Experience: a one-act play performed first in English and then in Italian. In 2013, KIT launched In Scena! Italian Theater Festival NY, the first Italian theater festival to take place in all five boroughs. www.kitheater.com

The Tank is a non-profit arts presenter and producer. Our mission is to remove economic barriers from the creation of new work for artists launching their careers and experimenting within their art form, and to do so in an environment that is inclusive and accessible. We serve over 2,000 artists every year in over 800 performances, and work across all disciplines, including theater, comedy, dance, film, music, puppetry, and storytelling. The heart of our services is providing free performance space in our two-stage theater complex Manhattan, and we also offer a suite of other services such as free rehearsal space, promotional support, artist fees, and much more. We support work at all phases of development, from readings and residencies to fully-produced world premieres. We keep ticket prices affordable and view our work as democratic, opening up both the creation and attendance of the arts to all.

This production is supported in part by the Italian Cultural Institute in New York.