TOO MANY ASIANS! AT UCB HELL’S KITCHEN
There’s too many Asians on the stage! Wait, no there’s only one. A one-man characters sketch show by Woody Fu. 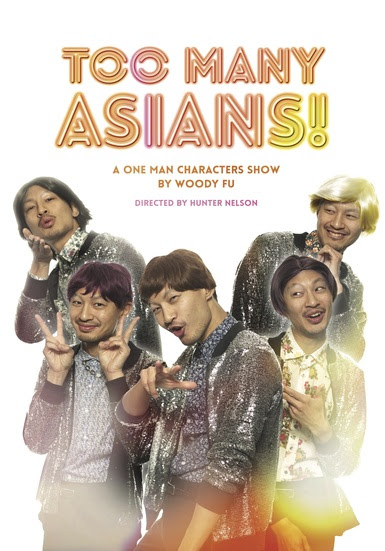 Have you ever thought “There’s not enough Asian faces onstage?”
After this show you will think “That was TOO MANY Asians!”
Download posters
WHAT: Too Many Asians! is a live one-man characters show by actor, comedian and writer Woody Fu. Watch him become a KPOP boy band, a very confident pigeon and more in a series of tight comedy sketches. After half an hour, you will be an Asian ally or dead, GUARANTEED. Directed by Hunter Nelson.
WHEN:
Monday, May 13, 9:00pm
Friday, May 31, 7:30pm
WHERE: UCB Hell’s Kitchen – 555 W 42nd Street, New York, NY 10036
HOW: $9. Purchase tickets here: https://hellskitchen.ucbtheatre.com/show/7182
More about Woody Fu:

Woody Fu performs on Maude Night, Characters Welcome, and Baby Wants Candy at UCB. He was a castmember of Boom Chicago (Amsterdam), and Thrones! The Musical Parody (Edinburgh Fringe). He’s appeared on Comedy Central, HBO, TBS, FX, and The New York Times. He is a lead in the feature Lucky Grandma, premiering at Tribeca Film Festival this year.
His webseries Asian American Studies is an official selection at Slamdance 2019, and his forthcoming series UR Asian Friend was produced by UCB Comedy and Nerdist. His one-man show Asian Gracefully toured New York, Chicago, Los Angeles, Philadelphia, Austin, and Toronto.
He’s also a professional DJ who loves penguins, seltzer and french fries.
He is represented by Ken Treusch at Bleecker Street Entertainment.

One thought on “TOO MANY ASIANS! AT UCB HELL’S KITCHEN”