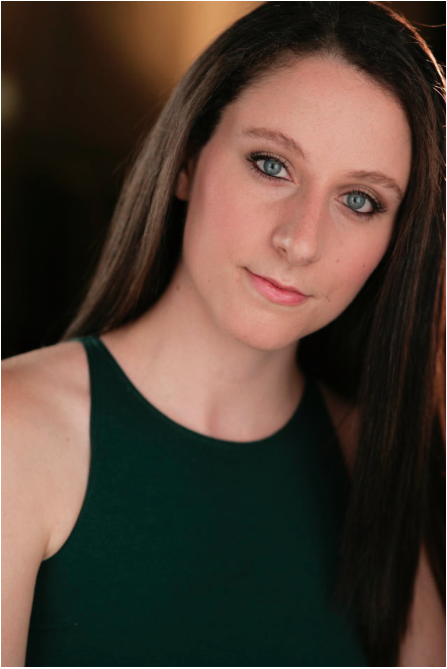 Playwright Natalie Margolin
JUNE 19-30 @ THE CONNELLY THEATER
She NYC Arts announces two new programs, CreateHer, a playwriting workshop for high school students who identify as girls, and their inaugural New Play Residency, to be presented as part of the fourth annual She NYC Arts Summer Theater Festival, a festival featuring eight new full length shows by women writers and composers, June 19-30 at The Connelly Theater (220 E 4th St, New York, NY 10009).
She NYC’s inaugural New Play Residency has been awarded to playwright Natalie Margolin (The Power of Punctuation at the Davenport Theater). Ms. Margolin will be given the two months leading up to the She NYC Arts Summer Theater Festival in June to write a new play, entirely from scratch. Audience members can check out She NYC’s social media accounts every Wednesday, for weekly updates on her progress. #NewWorksWednesday.
The first annual CreateHer program, a free 6-session workshop for high school girls interested in playwriting or producing, will culminate on Sunday, June 30 at 12pmwith staged readings of four new 10-minute plays, written and produced by the students. Guest teachers for the workshops will include Broadway producers, directors, and managers. The staged readings will include new plays by A’dreana Williams (produced by Lauren Estrella), Mirei Dominguez (produced by Therese Rubi), Ava Grandfield (produced by Gabriela Veciana), and Lucy Machlan (produced by Tali Natter).
Natalie Margolin (New Play Resident) is a playwright, actress, improviser, and graduate of Kenyon College. Her play, The Power of Punctuation, premiered off-Broadway at the Davenport Theater in the summer of 2016. The Power of Punctuation was a New York Stage and Film Founders Award finalist, recipient of Kenyon College’s James E. Michael Playwriting Award and the Thomas Turgeon Memorial Award. She is currently developing her play, Tutus, which has been workshopped in both Chicago and NYC. Most recently, Natalie was a part of Fault Line Theatre’s Irons in the Fire with her new play, All Nighter. Natalie is a resident playwright at Colt Coeur (Artistic Director Adrienne Campbell-Holt). She lives in NYC and continues to write and perform. www.nataliemargolin.com
CreateHER strives to expand She NYC’s mission of showcasing the talent of female theatre artists, by introducing students to the steps needed to develop their own material. The workshop is designed to provide students with mentors as they write and produce short plays as well as a setting to learn about opportunities that may be available to them should they be interested in pursuing a career in theatre
Created by artists, for artists, the She NYC Arts Summer Theater Festival is New York City’s premiere festival devoted to producing full-length plays, musicals, and adaptations by women writers annually. In 2018 She NYC Arts brought its mission to the West Coast by launching the inaugural year of the She Arts LA Summer Theater Festival. She NYC’s commitment to an open submissions process allows it to discover and cultivate the best up-and-coming talent in the industry, while providing an environment where artists are mentored in how to produce their work in full for a paying audience. www.shenycarts.org