Access Theater, because a) it allows us to be intimately in the round and b) is easily accessible from the subway!

I am hoping to mount The Untold Yippie Project in a larger space for a longer run!  The goal is to get as many people as possible to see this important American story.

Directing is an act of facilitation, not dictation.  Meaningful communication is the most important ingredient to positive collaboration.  In my opinion, this is the best way to create a piece of theater.

MADELEINE ROSE PARSIGIAN (Director) is the artistic director and co-founder of Sunglasses After Dark, a performing artists’ collective dedicated to challenging their audience through deconstructing stereotypes with color and gender-blind casting.  The Untold Yippie Project’s premiere production marks her and Schlossberg’s 12th Director/Playwright collaboration, a journey that enriches tremendously with each new chapter.  Other Sunglasses After Dark highlights include recently appearing as effortlessly cool and constantly stoned, Lakey, in our original web series 4and20; and directing the collective’s first film Punches, as well as their critically acclaimed sold-out run of 3boys.   Additionally, Madeleine is a Certified Movement Analyst (CMA) from the Laban/Bartenieff Institute in Brooklyn, NY and is currently pursuing a master’s degree in Dance/Movement Therapy at Pratt University. 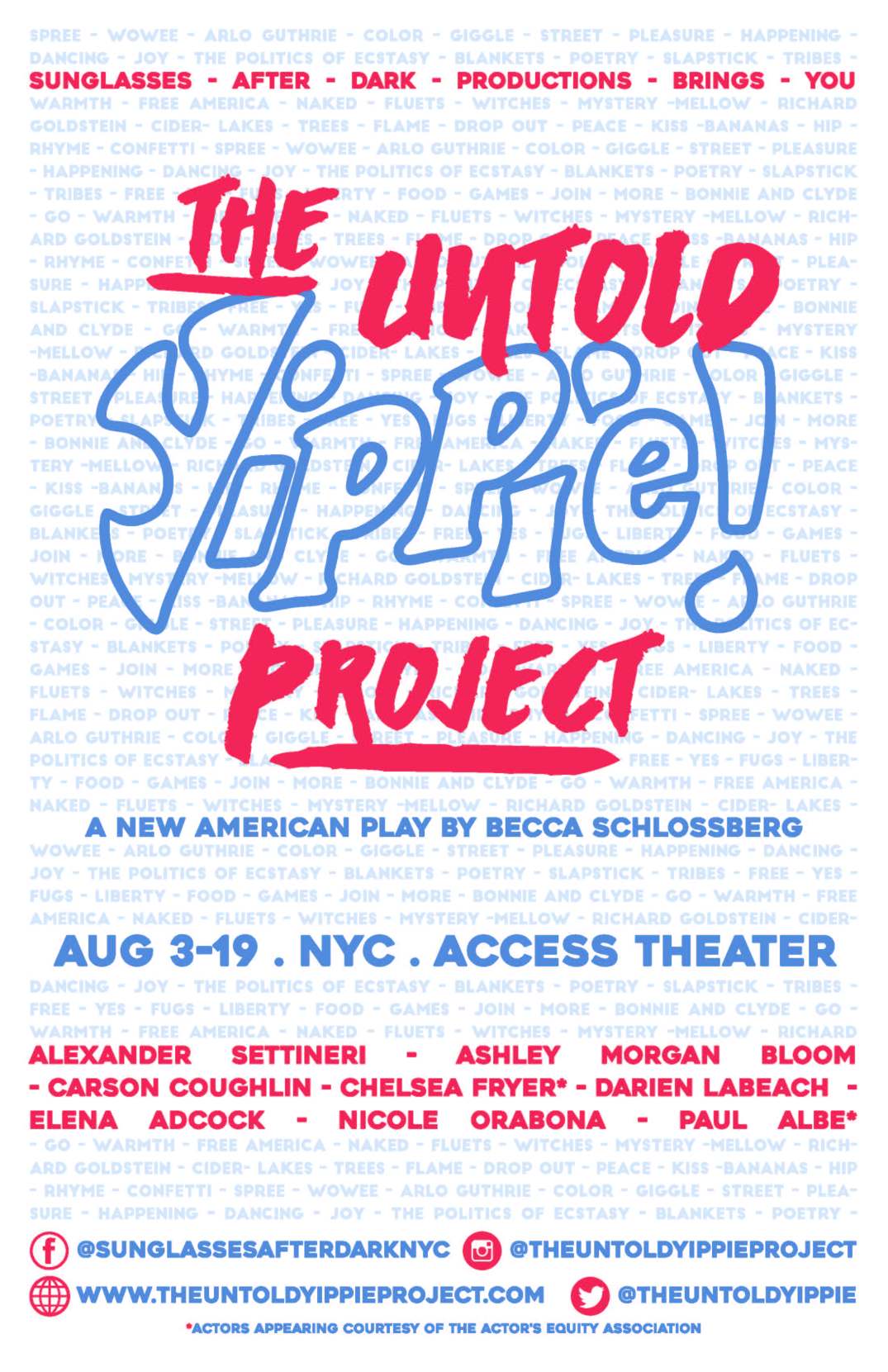 We’re at the gallery space at Access Theater. It’s a big, open empty space that’s perfect for our show because we transform it into several venues. Our ensemble becomes many characters in many locations, so having an empty, raw space is ideal. The audience gets to fill in the rest of the details with their imaginations.

Heading on a cross country tour for the month of September with my partner, Nathan, who is a musician.

Don’t compare yourself to others. 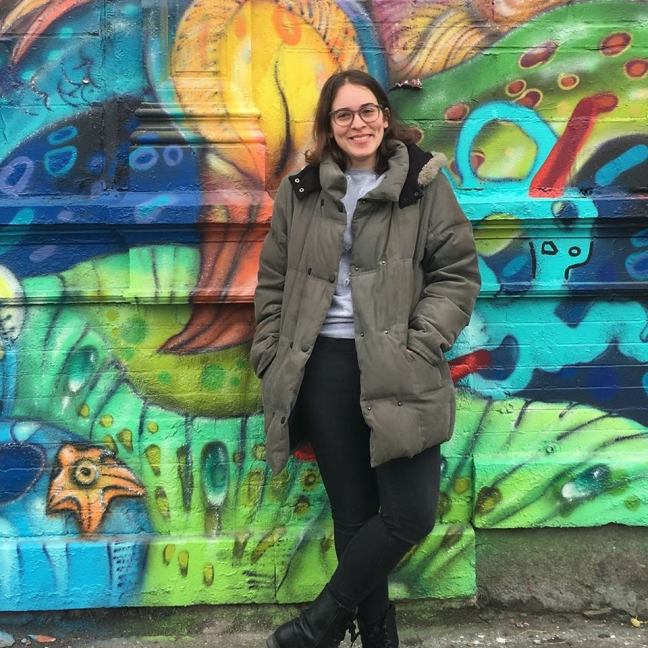 Access Theater – we needed a big, wide open space for the dynamic staging we do.

Probably gonna work a solo show of mine, Blood Memory, in the upcoming year.

Give yourself permission to write the worst shit in the world.

Becca’s play Just Like I Wanted, a drama about teen suicide, has been performed throughout the United States and the world.  Her one act, 3boys, published by Original Works Publishing, received a 4-star review by Time Out magazine for its an 2010 NYC Fringe production.   Other plays include Hands (produced by City Theatre), Unkempt (produced at the Sam French Off Broadway Play Festival), Cal & Grey (produced at Thespis Theater Festival and the NYC International Fringe Festival), Guidance, All We Are, and Brightly Shone The Moon. Becca’s newest play, The Untold Yippie Project, will be produced summer 2017 by Sunglasses After Dark, where she is co-founder. (Tickets can be found here.) She is a proud alum of Page 73’s Interstate Writer’s Group, Ensemble Studio Theatre’s Youngblood, and a current member of The Amoralists’ Wright Club.  Becca is also featured in Playscripts’ Actors Choice Monologues for Teens, Vol 2 and Scared Silly: 10 Hauntingly Hilarious Short Plays.  When not writing, Becca likes to perform, and can be seen in her solo show, Blood Memory, and her short feature, Punches. She lives in Brooklyn where she also makes bad fan art. (follow her @beccasbadfanart) MFA: New School for Drama.  B.A. Drew University.