‘BUCOLIC’ AT JUDSON MEMORIAL CHURCH
CREATED AND COMPOSED BY LAUREN MAUL
A darkly comedic musical based on bizarre, true tales of murder in a small Nebraska town. Running May 4th through 24th. 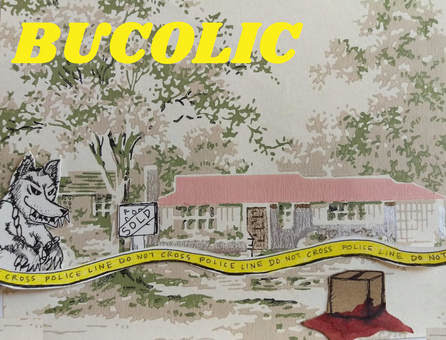 Tired of big city living?
Want to return to simpler times?
Rather get murdered by a loved one than a stranger?
We’re waiting for you.
http://bucolicmusical.com
WHAT: Created and composed by Lauren Maul, ‘Bucolic’ is a darkly comedic musical based on bizarre true crime stories from her hometown in Nebraska.
‘Bucolic’ features disturbing yarns and feel-good music with all of your local Nebraskan favorites, including coach/priest Father John, Pam Dowd – the #1 Realtor in the Murder-Suicide House Market, Laura Smalls – a surviving member of the 4th grade class, and many more! Audience members are invited to get their church directory portrait taken after the show. Orange drink and animal crackers will be provided.
Starring Lauren Maul, Michael Harren, Lady Kate Weber, Kiirstin Marilyn, Tim Girrbach, Tahlia Robinson, and Jenn Wehrung.
Preview songs here: https://www.sharkpartymedia.com/bucolic
WHEN:
Saturday, May 4, 8:30pm
Saturday, May 11, 8:30pm
Saturday, May 18, 7:30pm
Friday, May 24, 7:30pm
WHERE: The Assembly Room at Judson Memorial Church, 55 Washington Square S, New York, NY 10012 (entrance at 239 Thompson Street)
HOW: Tickets are $20 and only available at the door on the night of the performance. Doors open 30 minutes before showtime and seating is limited.
More about Lauren Maul: 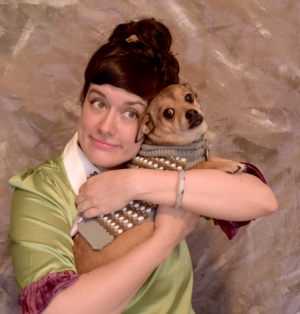 Lauren Maul was raised in Nebraska, studied theater at the University of San Diego, trained as an improviser in Chicago, and currently performs in New York.  A “bit-maker” by trade, Lauren creates music, films, puppets, stand-up routines and other things that usually involve glitter. In 2014, Lauren created the viral Tumblr “You’re Gonna Die Here”, which features photos of terrifying AirBnB rentals. In 2016, Amazon Reviews: The Musical! (the musical web series she created)  was named one of the best web series of the year by IndieWire and Lauren was named one of the “50 Funniest People in Brooklyn” by Brooklyn Magazine. In 2017, Lauren created the critically acclaimed “Apologies from Men” and the live concert was recommended by the NY Times. Her writing has appeared in places like BUST magazine, The Frisky, Splitsider, Merry Jane, and Reductress. You can catch her producing/hosting “Bitchcraft!” and “Gathering the Coven” about town- plus a monthly sing along for senior citizens through New York Cares. She’s also a teacher at The Peoples Improv Theater and her character Marilyn Summers is known to frequent the popular gameshow “The Cabaret Showdown.”