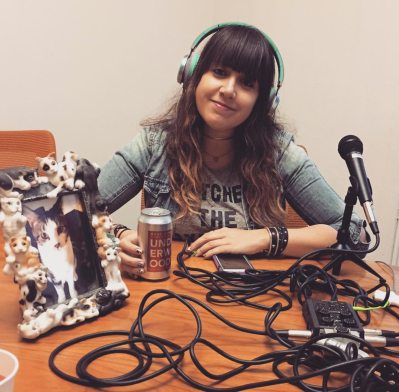 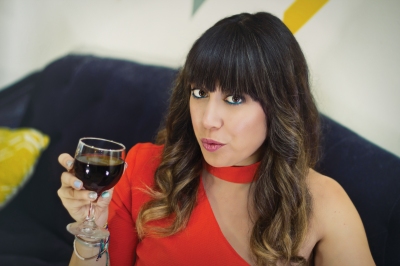 What is your current project? Ghosted Stories podcast

What’s your next episode?

This week on Ghosted Stories, Chelsea and Erin chat with comedian, actor and host Claire Burns about getting ghosted by a guy who acted like they were in a 3 yr relationship after a few dates. Plus, we’re celebrating Halloween with real ghost stories (as in dead people haunting you)!

We’re both going to continue to host and produce episodes of Ghosted Stories which are released every Thursday at 10am and want to continue to produce quarterly live shows as well!

Erin is working on a short film I wrote and is starring former Ghosted Stories guest- Jesse Jolles.

ERIN: I just saw CATS! I’ll tell you what, those kitties can sing!

CHELSEA: I’m about to see CATS in a couple of weeks!! And probably the last comedy/variety show I saw was Bitchcraft at Sid’s Gold Room. It’s hosted and produced by the amazing Selena Coppock and Lauren Maul who put on a super entertaining and unique show.

ERIN: If you are contemplating doing something creative, just do it. You will never be 100% ready, and nowadays there are ways to get started cheap- so just get started. No one is going to tap you on the shoulder and say “NOW- now is the perfect time to follow your dreams” So might as well get started.

CHELSEA: Completely agree- I used to be paralyzed while trying to start a new project because it needed to be “perfect” before I pulled the trigger. But the truth is you have to just put SOMETHING out there and then evaluate it. I always tell myself, just MAKE something- put out a draft, put something on tape. Even if you don’t make it public, at least it’s a materialization of the thing you have in your brain that you can then tweak, revise, etc. AND- it’s great to have goals in mind and be strategic with your creative projects to some extent if part of your goal is ultimately to make that form of creativity your career, but once I got into the frame of mind of “I am doing this for me and if other people like it COOL.” I was SO much happier.

CHELSEA WHITE
Comedian, host, writer and producer Chelsea White is a comedy veteran who has appeared on MTV, TLC, VH1 and TRL. Chelsea has been featured in Bust, on Glamour.com and her jokes have been published in US Weekly’s Fashion Police column, The New York Post and MarieClaire.com. She was named a finalist in the 2007 Comedy Cellar Laugh Off and has performed at comedy venues and festivals nationwide from NYC’s Gotham Comedy Club to the North Carolina Comedy Arts Festival. Chelsea is a producer for MTV’s Girl Code, the host of her own NY Times recommended dating podcast Ghosted Stories, a Facebook Live talk show What A Delight! w/ Chelsea White, and the web series Show Me Your Kitty which MTV called “more entertaining than a laser pointer on a sack of catnip.” She was a contributing author of the book Girl Code: A Single Girl’s Guide to Sex and Dating. Chelsea currently resides in Astoria with her cats Tanooki and Miranda Hobbes.

ERIN LEAFE
Erin is a former horse girl now adult woman living in New York City. She spent many years as a bartender in some of the bro-iest, whiskey soaked bars in Manhattan. After those years of character study she decided to move on to the glamorous world of Temping. It was everything she dreamed of and it landed her on the ground level of a dysfunctional start up. Which got her closer to many whiskey soaked bars, and ultimately lead her to proclaim “Screw it, I’m going to go write.” She is the creator of the web series “Girl Talk” and a graduate of Columbia University’s Program in TV Writing. She spends her free time trying to figure out what exactly Chia Seeds are supposed to do for her and trying to convince her boyfriend to let her get a dog (who she would love very much, and probably name Peanut).

Why/ How I am involved: Host and Producer