Like Loading...
June 28, 2019June 25, 2019 by malinism Categories: NYC Theatre, TheaterTags: Anina Henry, Gretchen Van Lente, Rent Party, The Tank Leave a comment
WRITTEN BY DEA LOHER
TRANSLATED BY DANIEL BRUNET
DIRECTED BY BARBARA RUBIN
UNITED STATES PREMIERE
OPENING JULY 14
JULY 7-25 @ THE TANK
*Necessary Digression will present the United States Premiere of Dea Loher’s At Black Lake translated by Daniel Brunet and directed by Barbara Rubin at The Tank (312 West 36th Street between 8th and 9th Avenues), July 7-25. Performances will be on Sunday, July 7 at 3pm, Saturday, July 13 at 3pm, Sunday, July 14 at 3pm, Saturday, July 20 at 3pm, Sunday, July 21 at 3pm, Tuesday, July  23 at 7pm, Wednesday, July 24 at 7pm, and Thursday, July 25 at 7pm. Tickets ($15) are available for advance purchase at www.thetanknyc.org. The performance will run approximately 100 minutes, with no intermission.
It’s been four years since that night. Else and Johnny reunite with Cleo and Eddie at Black Lake. But when innocent assumptions become scalding questions, and every recollection a wounding taunt, that promises a hidden clue, they wrestle with just how little they know about their children. Acclaimed German playwright Dea Loher weaves an eerie tale of uncertainty and distortion through small gestures of everyday life, the cost of relationships and the variability of memory.
The cast will feature Heather Benton* (NYIT Best Production Award Winner Serenade and Philosopher Fox with East River Commedia), Christopher J. Cancel-Pomales (Daniel Irizarry’s The Maids and Madman and the Nunwith One-Eighth), Darrell Stokes* (Life is a Dream with Blessed Unrest), and April Sweeney* (This Place is a Desert in Under the Radar; Women Dreamt Horses at PS 122), with Lighting & Environment Design by Krista Smith (Good Person of Setzuan with Atlantic Theater Company; This American Wife at New York Theater Workshop Next Door) and Sound Design & Music by Cory Larson (Electric Ottoman; Silhouette of Noise). *Appearing courtesy of the Actors’ Equity Association.
Dea Loher (Playwright) is one of the most celebrated and performed playwrights in the German language. Her nearly 20 plays have been translated into 28 different languages and received more than 300 productions. She has received several awards for her writing including the Schiller Memorial Prize, Bertolt Brecht Literature Prize, Else Lasker Schüler Drama Prize and the Royal Court Theater Playwrights Theater Award. As of yet  Dea’s work has not received a U.S. professional production but a few plays have been produced by students in university theater programs (Swarthmore, Yale) and received several readings in New York (Goethe Institute and Origin Theater Company). In her plays, Loher deals repeatedly with questions of politics, history, feminism and social ills as well as with issues of personal happiness and private life. Without regressing to a naturalist aesthetics, Loher does not − unlike many postmodernist writers − abandon concepts such as plot, directed action or successful communication in her plays. Her work has consequently been claimed as part of the neo-dramatic theatre movement in the German-speaking countries, which distances itself from the positions of ‘post-dramatic theatre’ (Peter Weiss, Elfriede Jelinek, René Pollesch) and strives to reestablish a more coherent and semantically contained aesthetics of the theatre. Her eminently political, yet non-moralising dramatic work has been interpreted as a productive appropriation of the legacy of Bertolt Brecht (Birgit Haas).
Barbara Rubin (Director) For two decades Barbara has cultivated a career as an inventive director of contemporary and classical theatre in New York and abroad. She began her directing career at the Market Theatre in Johannesburg, South Africa in 1997. She made her Off-Broadway directorial debut at The Women’s Project in 2004, after relocating in 2000. She has worked on Broadway and Off, regionally and internationally, in Europe, and in her native South Africa. As a dialect coach for stage, film and TV, Barbara has worked with Daniel Radcliffe, Samira Wiley, Hilary Swank, Rosemary Harris, Jennifer Hudson and Terrence Howard. Known for her longtime collaboration with Athol Fugard, she coached all six productions in his Signature Theatre Residency, including, currently, Boesman and Lena. At the American Academy of Dramatic Arts, Barbara is  the co-director of the third year Company where she directs and mentors actors on the brink of launching their professional careers.
Daniel Brunet (Translator) is a theater maker and translator, and is the producing artistic director of English Theatre Berlin. After studying theater and film at Boston College, he moved to Berlin with the support of a Fulbright Scholarship in 2001. He became the 2003 director in residence at English Theatre Berlin and founded THE LAB, a new work series. His directorial work has been seen throughout Germany and the United States, including the Forum Freies Theater Düsseldorf; the Haus der Kulturen der Welt, Berlin; and Performance Space 122 in New York. He has translated 18 German plays in the last nine years, including those of Roland Schimmelpfennig, Heiner Müller, Ferdinand Bruckner, and Moritz Rinke. These translations have been performed around the world. Brunet is also the translator of the 2006 remake of Michael Haneke’s film Funny Games. He received a 2010 Pen/Heim Translation Fund grant for his translation of Dea Loher’s The Last Fire. His translations and essays have been published in PEN America, The Mercurian, Asymptote, Theater, and TheatreForum.
*Necessary Digression is an itinerant, international performance collective, a constellation of artists who cultivate and curate intentional & accidental performative experiences that invite audiences to wrestle with difficult and inspiring material. We mine the contradictions of human experience, chase and illuminate the elusive through physical expression and find new ways of reaching spectators through live theatre and performance in unexpected environments. The collective is committed to inclusivity, community and supportive strategies to encourage and develop artists and their work. www.necessarydigression.org

Like Loading...
June 27, 2019June 25, 2019 by malinism Categories: TheaterTags: At Black Lake, The Tank Leave a comment
THE TANK
IN ASSOCIATION WITH
ALL FOR ONE THEATER
PRESENT
OPEN 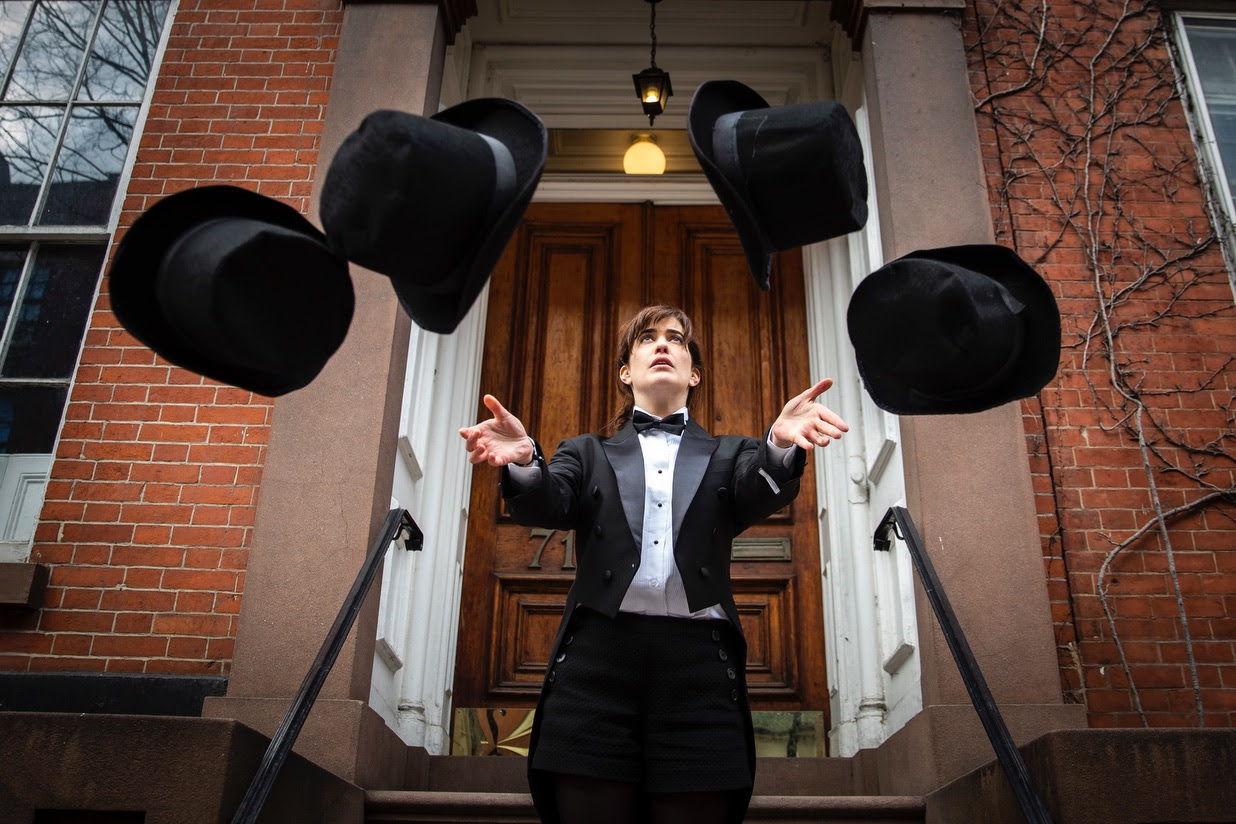 Like Loading...
May 8, 2019May 1, 2019 by malinism Categories: TheaterTags: All For One Theater, Crystal Skillman, Jessi D. Hill, Megan Hill, The Tank Leave a comment
THE TANK
PRESENTS
TANK-ARET 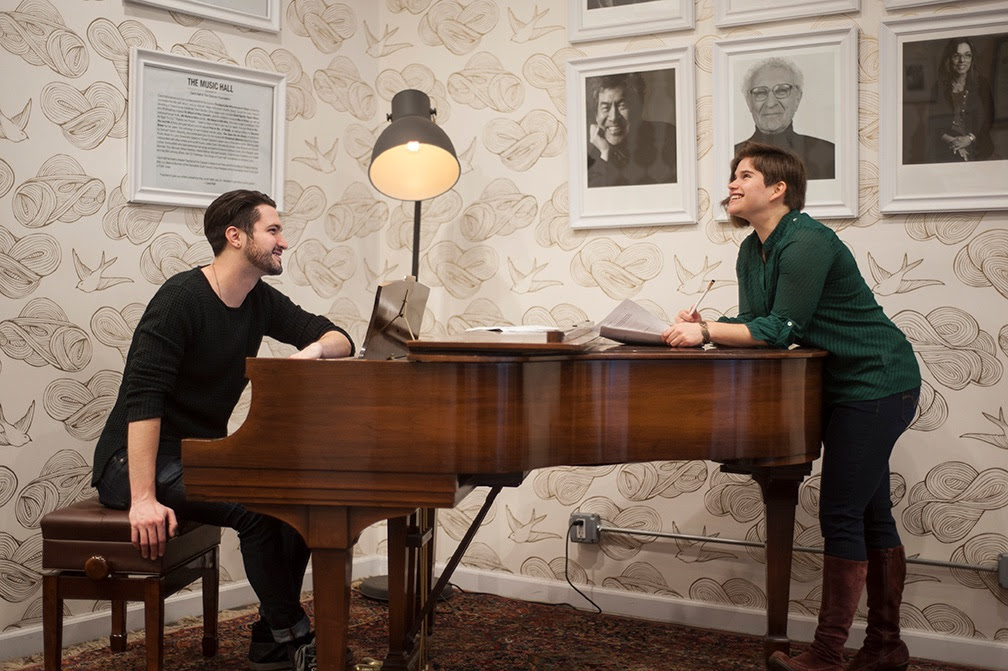 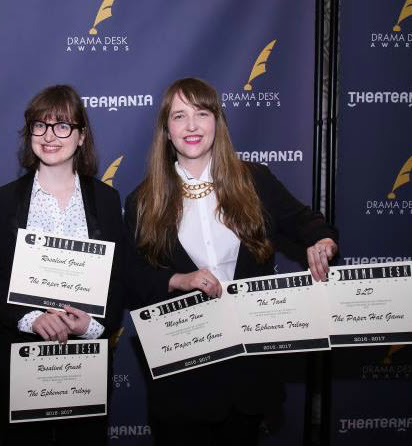