My personal mantra for a long time. There’s also this:

If there is something that’s calling to you and you have yet to do it, then place an intention (desire), give it to the universe (ask), know that it will come to be (believe) and then wait for it to manifest (receive). It’s not magical thinking. Sometimes they come to fruition fast and sometimes they take a while. I set an intention in June and it manifested this week. I had to take a step back to absorb the reality of the situation. It was pretty cool.

The main part of this though is being in action around that intention. The Theatre Beyond Broadway Community continues to grow as more artists are stepping into their own and producing beautiful work. I thank each of you who have contributed to my site and continue to share your art. It doesn’t have to be magnanimous. It can be. If Broadway is your dream, go for it. If indie theatre is your scene, then yes! If you want to do one show a year at your local community theatre, do it. Yours truly spent 2016 in all those worlds. More to follow on that on my Beyond Broadway column for The Write Teacher(s).

So what’s in your heart? And how can I support you?  Or better yet, how can you stand by you! 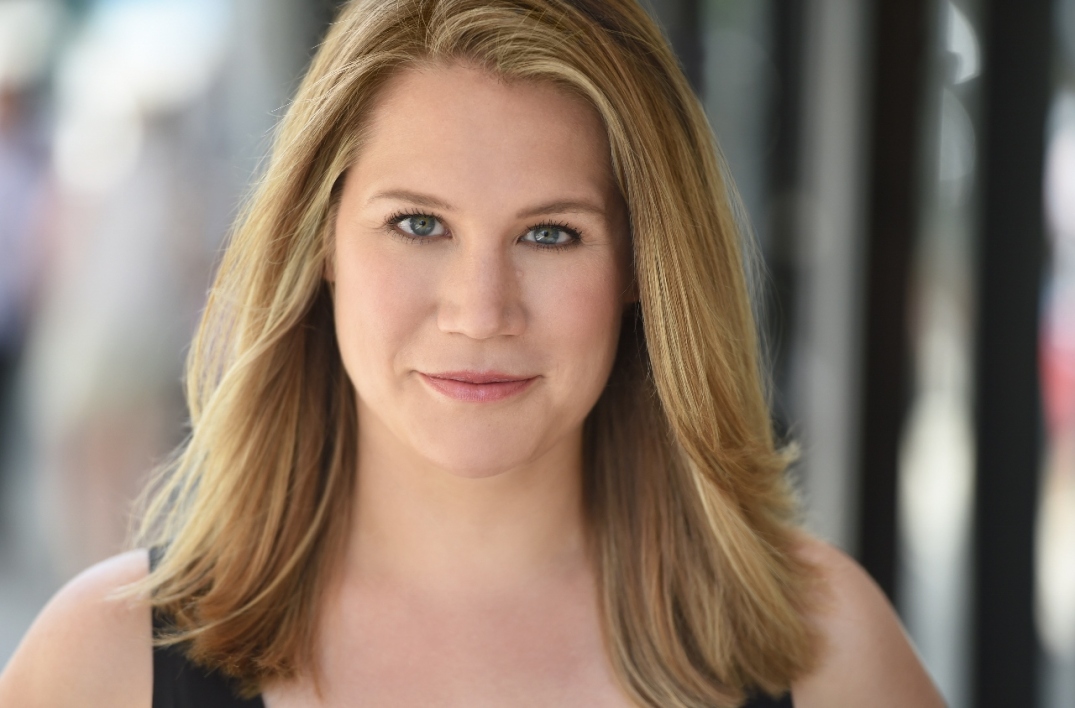 Let Them Eat Cake: An American Love Story It is a new immersive adaptation of the Greek Tragedy, Oedipus.

We’ll be doing 5 performances in Oklahoma City in October 2017, followed up by a longer season in NYC in May & June 2017. Locations are currently secret to add to the mystery and intrigue of the piece. Spaces have been chosen for their ability to convey opulence and decay. Living in NYC, excess and degradation are constantly found side by side and this is at the core of the play.

I’ll be playing the Prince of Darkness in Calderon’s Two Dreams at La Mama Theatre in February 2017. I’m also in the process of writing my new solo show examining women in leadership.

Right now in the wake of the Democratic Convention the people inspiring me are Hilary Clinton and Michelle Obama. Michelle Obama for giving the greatest speech I have ever heard. What an incredible and inspiring women! Listening to her made me excited to be alive at this time, hopeful for the future and proud to be part of the human race. And Hilary Clinton for incredible strength, tenacity, intelligence and ability to get things done. Her ability to take the knocks and keep going is something that all artists aspire to. A creative life is not necessarily an easy road, it’s a passion, it’s a calling. And it takes bravery and courage to follow it. And my goodness has Hilary Clinton been an example of bravery and courage. It staggers me that 50% of the population have never seen their gender in that level of leadership.The impact of Hilary’s nomination will be felt around the world for generations. She is changing what is possible for all of us.

Ali Kennedy Scott is an Australian actor, writer and theatre maker based in New York. She is a graduate of Anne Bogart’s SITI Company Conservatory and is a member of the SITI Company Board of Directors. She is also a member of Magis Theatre Company and recently performed in the Sara Copia Sulam Project alongside former Poet Laureate, Rita Dove. She is an associate of immersive theatre group ‘This is Not a Theatre Company’ where her work has included Gertrude Stein in A Serious Banquet, Pool Play, Ferry Play (a New York Times critics pick) & ReadyMade Cabaret. Ali has performed at a host of venues across New York including New York Theatre Workshop, Judson Church, the SoHo Playhouse, and The Barrow Group. Other credits include: Kennedy Scott’s award winning solo show The Day the Sky Turned Black, which toured throughout Australia, to Edinburgh and New York. Called “Enthralling” by The New York Times, Kennedy Scott’s accolades include ‘Excellence in Solo Performance’ at the New York International Fringe & Sydney Fringe Festivals, as well as People’s Choice for Best Play of the Sydney Fringe.

Kennedy Scott is an experienced puppeteer playing Blanche in the sold out season of the Avenue Q styled Thank You For Being A Friend (Darlinghurst Theatre, Sydney). Further international credits include: Agent 1 in Dream Plays- It Ended working alongside David Greig (Traverse Edinburgh), Sally Forth in Poppy (Factory Space), Japanese Waitress with a Mysterious Past in Playing the Victim (Tap Gallery). In 2013, Kennedy Scott created an artist-in residence program in Western Sydney in conjunction with the Australian Business and Community Network. Funded by JP Morgan, the program has seen her work with over 200 high school students in Western Sydney to create & direct 11 new theatre works inspired by the students’ lives and stories. The work entitled Parramatta Now has been nominated for a Zest award. Kennedy Scott holds a First Class Honors Degree in Economics from the University of Sydney and is a grateful recipient of grants from The Ian Potter Cultural Trust, Dame Joan Sutherland Fund, Cybec Foundation, ArtsNSW and the Australia Council. Training: Bristol Old Vic Theatre School UK. 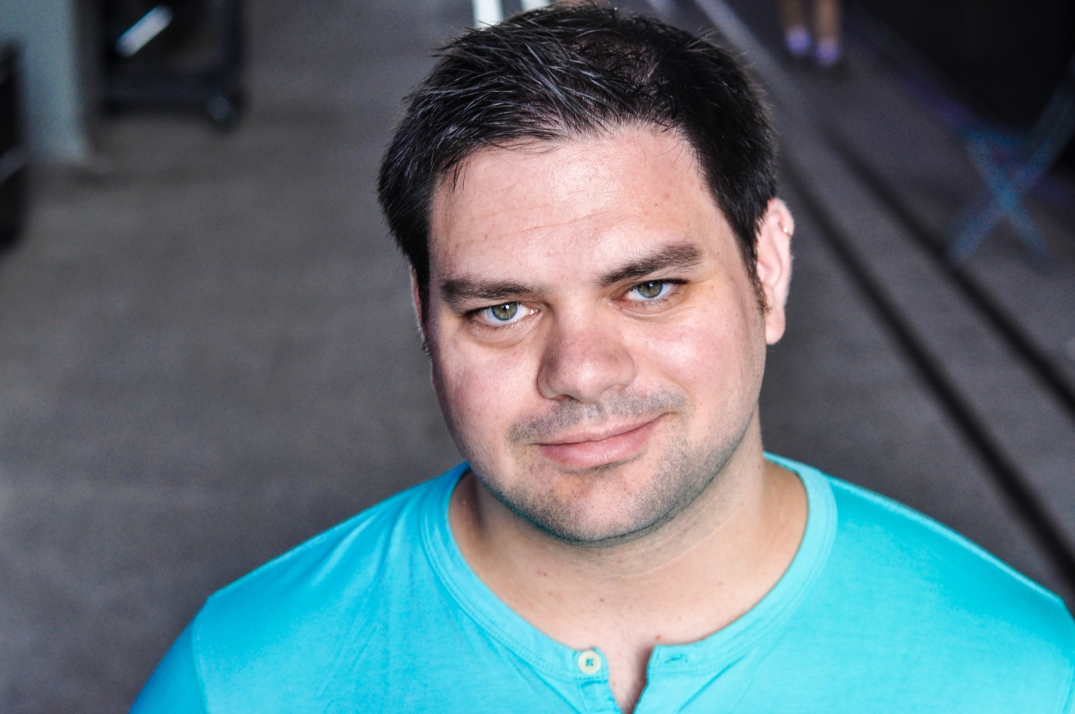 What is your current project? The Illusory Adventures of a Dreamer

The Illusory Adventures of a Dreamer will be presented as part of the 20th Annual New York International Fringe Festival! I’ve been dreaming to be a part of the festival for quite some time so getting this opportunity now is extraordinary. FringeNYC is a place where works that may not be able to see the light of day get the opportunity to experience life in front of an audience. My play is inspired by Ibsen’s Peer Gynt told through the lens of modern sexuality. The pitch is filled with buzzwords but to a regular audience, it may not be their cup of tea. Because of the structure of FringeNYC, not only are we getting friends and family to attend, we’re getting patrons of the festival which then brings word of mouth! This play at this time is important. And I’m thankful that FringeNYC will be a part of the adventure!

I am keeping up with my site Theater in the Now (theaterinthenow.com) as well as pushing for my musical, The Girls in White, to see life on its feet. So if anyone wants to produce a musical that is virtually “Orange is the New Black” meets “Chicago” with a country twang, I got the show for you!

I’ve said this a lot recently, but I truly mean it. Right now, my biggest inspiration right now is Chris Goodrich, the director of The Illusory Adventures of a Dreamer. Not only is he an amazing friend but he’s pushed me in ways that have made me a stronger person and a stronger artist. I’m not going to lie, producing a play for FringeNYC is not easy. Chris has been such a wonderful support and is the reason why this play is happening. If it weren’t for him, I’d probably have pulled all my hair out! Everyone should be so lucky to have a friend like him.

Michael Bradley (Playwright): originally from Mahwah, New Jersey, Michael is a theater artist based in New York City. Most recently, his musical The Girls in White, written with Artie Sievers, received a concert at Feinstein’s/54 Below featuring two-time Tony winner Michael Cerveris. As a playwright, his work as been seen and heard throughout New York including TinyRhino, Less Than Rent, Dream Up Festival at Theater for the New City, PTP/NYC, and Rhapsody Collective, to name a few. He is the founder and artistic director of Rhapsody Collective. He is also the founder and lead critic of Theater in the Now (theaterinthenow.com), a leading source of theatrical criticism in the Indie and Off Broadway theater community. As a stage manager, Michael has worked on and off Broadway including Stick Fly, produced by Alicia Keys, Signature’s revival of Angels in America, and the original productions of Clybourne Park by Bruce Norris and Circle Mirror Transformation by Annie Baker. Michael is a graduate of Boston University and a proud member of AEA. 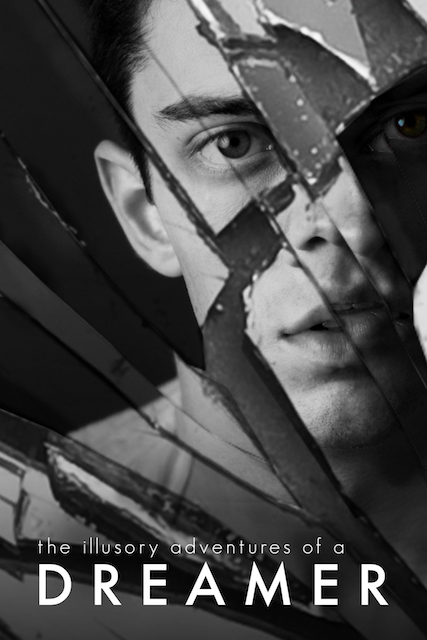 Friends, you are officially invited to join Theatre Beyond Broadway: The Community! Click HERE now to join me and others.

One of my many goals when I created Theatre Beyond Broadway in 2012 was to build a community of passionate artists that would empower each other. Being in the arts is not the easiest road on which to travel but the reward, as you know, is beyond words. Even though I have been an active member in the theatre community for close to 20 years, I still am learning. For example, I had my first circus production experience this past weekend. I kicked off 2015 as a production assistant at Circus Now‘s inaugural awards ceremony at the Big Apple Circus. Amazing!

These experiences allows me to broaden my circle. I have met wonderful poets, musicians, solo performers, dancers, artists…the list goes on. I think it’s time for you to meet each other and share your art.

Why TBB: The Community? This is an open forum for the following:

I mention the circus opportunity as it came via a director for whom I did PR for two and half years ago at the Fringe. You never know what will come your way and when. It’s about being plugged in and sharing the resources. And with that, join me on the journey!

I have decided to keep it simple this week. Right now I am focusing on the next frontier for Theatre Beyond Broadway which I think would be beneficial for many artists. This past weekend, I spent time in discussion about the arts and women in the arts. How do we take what we do and share it beyond our boundaries? Sometimes it feels like beating a dead horse but in this day of technology, it’s ever growing and the possibilities are endless. While I continue to come up with answers, what are your thoughts?

If you aren’t a subscriber, you should be! Why? My weekly newsletter is packed with featured shows and organizations that you may want to see or learn more about.

Thanks and see you at the show!